I do have a slight obsession with Pattern Design and was only too happy to take part in the ‘Get your Stripes’ Charity Campaign with Matalan for Alder Hey Childrens Hospital. My latest blog post is called ‘My Favourite Stripe Trends supporting the Matalan Charity Campaign and Alder Hey’ and as you can see from my recent shop launch and Journal Magazine cover, I’m rather fond of my shocking pink stripe dress that I can’t wear enough of! 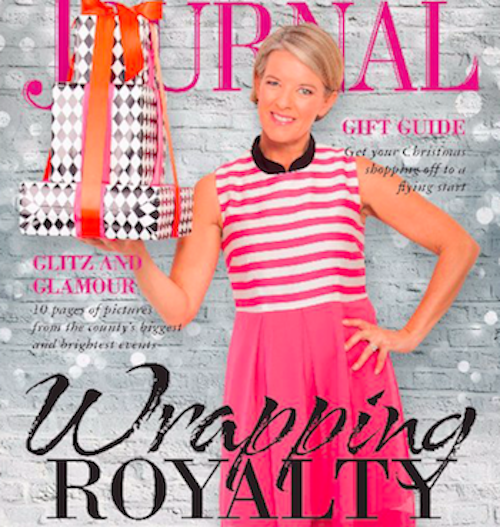 Each year Matalan dedicate several items of which 100% of their profits go to the charity. Being a fan of the brand I was happy to take part, plus my close friend John who is a TV producer, filmed a documentary at Alder Hey and has often spoke about the incredible work that they do. When Matalan approached me, my stripe obsessed answer was ‘yes’ so I’ve put together my favourite 10 stripe looks to highlight this campaign. 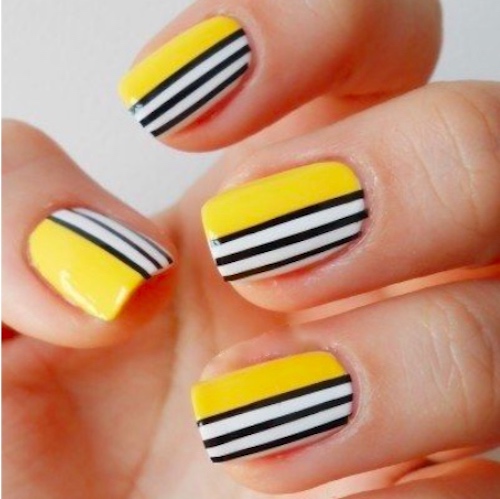 1. Sport some stripes in your nails, jazzed up with some bold neon colours. For me I’d have to pay a trip to my local nail bar to get this done professionally as it’s not a task for shaky hands. Fingernails are considered to be an item of cosmetic beauty by women all over the world and it has been the norm to paint the whole nail the same colour. Until now! 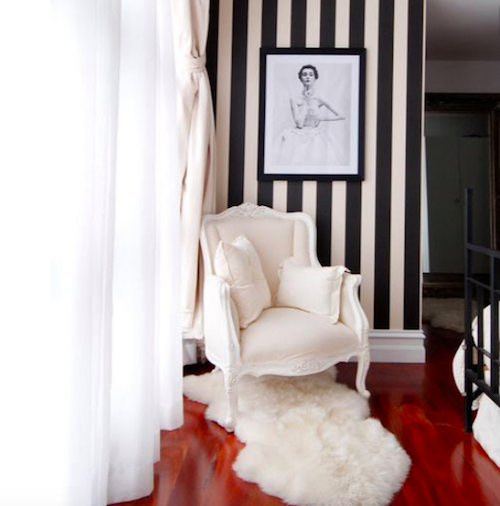 2. I particularily love this stripe feature wall. It’s a great way to make a small room appear larger in size and I love this bold monochrome statement. 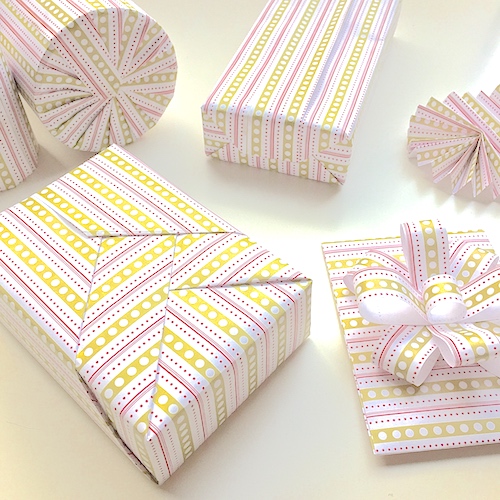 3. Taking the world by storm is the new lick and stick paper by Instawrap which has just been launched. My favourite design is their Retro Stripe which is such a classic and understated look. Their paper is amazing as it licks and sticks in seconds. I was so bowled over by the concept I am now the Brand Ambassor and Designer for the brand. Buy online at instawrap.co.uk 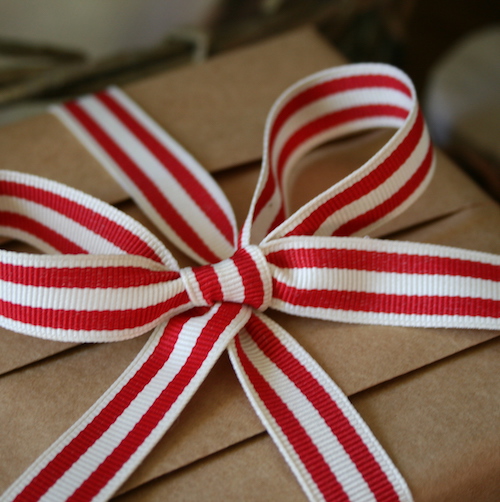 4. One of our best selling ribbons ever is our Red Candy Stripe. Teamed with brown paper, this is a classic look and is suitable for any occasion including Christmas, Valentine, Kids parties and Birthdays. 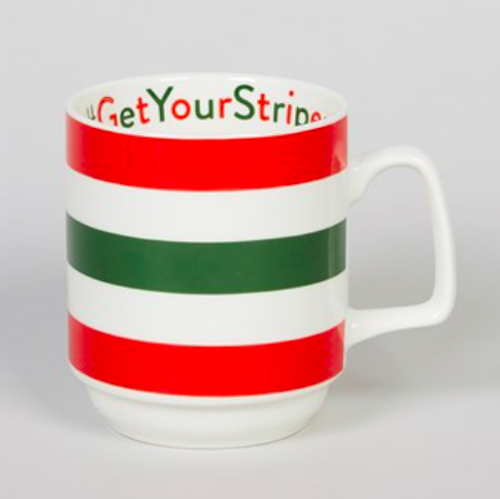 5. This year’s Matalan charity collection is all about celebrating festive family downtime, with a range of red, white and green stripe pyjamas, perfect for everyone this Christmas. The range for adults, kids and even the dog, will see everyone matching whilst they relax this Christmas. The range will be available in stores with prices starting from £2- £10. Their mug is priced at £2 and is perfect for that mid afternoon brew. Available at Matalan 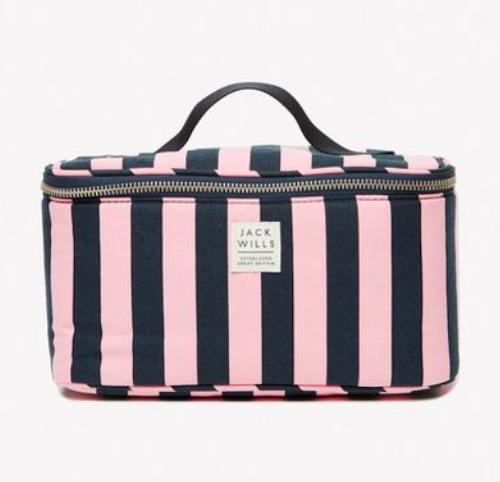 6. This is the perfect gift for someone who has everything. This versatile Laindon bag can store lingerie, make up and in my case, double sided tape, scissors and gift tags. Bag available at Jack Wills 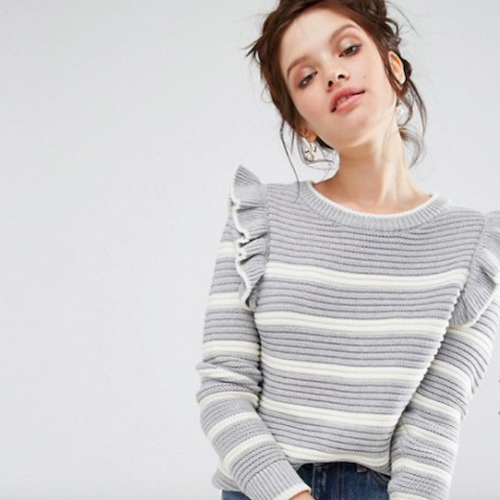 7. This gorgeous jumper grabbed my attention. The subtle stripes and chunky knit are highlighted by the ruffle shoulder feature.
Available at ASOS, this is definitely on my Christmas list 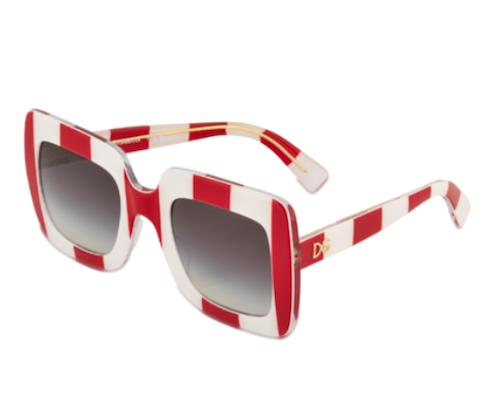 8. If you want to make a bold statement this summer, try out these stripe glasses by Dolce and Gabbana
Teamed with a straw hat you will be admired like a Hollywood A lister 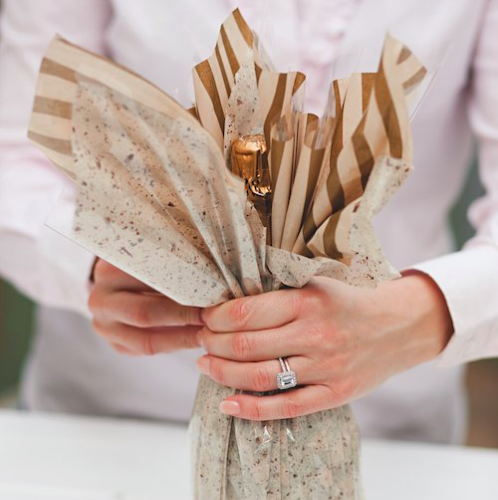 9. In my book ‘Giftwrapped’, I’ve enjoyed using bold stripes in my Gift Wrapping. To get a tutorial on how to wrap a bottle head over to the Matalan Blog to get inspired. Tissue by Jane Means 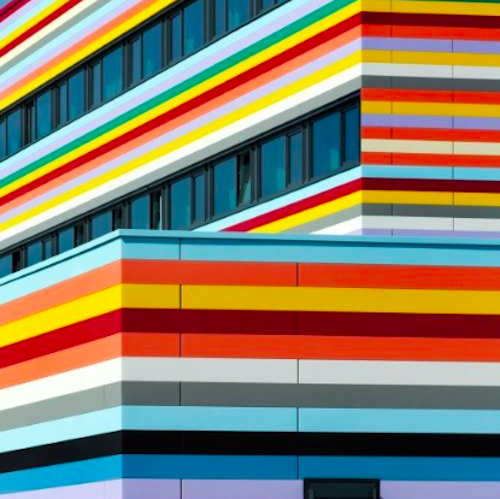 10. If you are going to raise support for a charity campaign involving Stripes, you can’t get much better than this. A complete building
Spotted on Pinterest, this is a Business Park at Berlin Airport, and it’s Lego style exterior can’t but help but make me smile with it’s bold pattern and clashing colours.

I’m delighted to support this campaign along with Alesha Dixon and Larry Lamb. For more details on the campaign, head over to the Matalan and Alder Hay page and don’t forget to ‘Get your Stripes’ folks! x

This site uses Akismet to reduce spam. Learn how your comment data is processed.